Classic Cocktail: How to Make a Whiskey Sour

This is part of my Third Friday Cocktails series. Find cocktail recipes, drink mixing techniques and lore right here on the 3rd Friday of the month.

If I say “whiskey sour” and you picture a glass filled with ice and syrupy neon green liquid, then I’m about to introduce you to a whole new world!

This is not your mother’s whiskey sour (unless it is, in which case, good on her!) 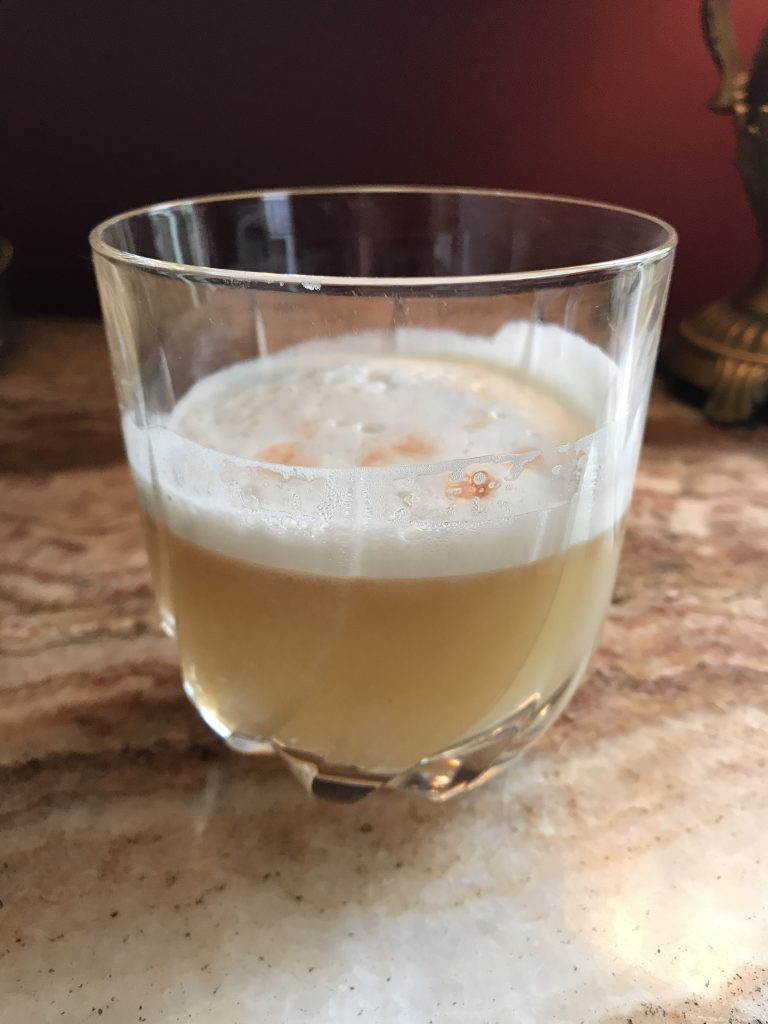 For real, I’ll be brief. The cocktail is first named in an 1862 book, the Bartender’s Guide. Tragically, pre-made “sour mix” eventually co-opted this drink, making it both popular and worse. And so it continued, until the craft cocktail boom led bartenders and mixologists to revisit this classic and do right by it.

What is a “Sour” anyway?

Any cocktail made of a spirit, a citrus and something to sweeten things is a member of the sour family. Knowing that, you can see that it’s possible to have a brandy sour or a scotch sour or a rum sour (AKA a daiquiri).

But a true (and wonderful) whiskey sour ISN’T just hooch, lemon and sugar. It has one final, wonderful ingredient – egg whites.

The answer is froth.

How to Make a Whiskey Sour

Combine the whiskey, lemon juice and simple syrup in a dry shaker. A dry shaker means there’s no ice in the shaker, just the liquids.

Give a quick stir.

Pour immediately into a rocks glass, preferably one that’s been chilling in the freezer. Marvel at the beautiful, foamy head.

Finish off with a dash of Angostura bitters.

Ok, enough hype. Here’s how to make a whiskey sour with a egg white foam

How to Tweak the Recipe

One of the best things about sours is how easy it is to play with the components. Here’s just a few ideas:

It’s really easy to try different spirits. Nearly any brown liquor works great in a sour, but try different options to see what you like. You can also adjust the amount of sweetener. I personally like mine a bit tarter than the listed ratios, especially if I’m using a sweeter whiskey.

You can also get really wild and use a whole egg instead of just the white. Doing so will create a thick, foamy drink. It’s sweet and sour and boozy, with a heavy mouthfeel. If you use the whole egg, scramble the yolk and white together before shaking.