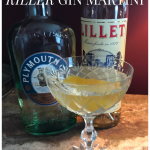 Quick Background on the Vesper Martini

If you google “vesper martini” most of the results will involve James Bond, since the recipe for this sturdy cocktail first appeared in the novel “Casino Royal”. The Vesper is a mighty stiff take on the traditional gin martini. It follows the standard formula of (spirit + modifier) but then it gets a little wild by adding a shot of vodka. For color, presumably.

Here’s the traditional recipe for a Vesper Martini, a.k.a. the James Bond Martini:

Stir in shaker with ice, strain into glass, garnish with a bit of lemon. Or, you know, shaken, not stirred.

The New Cocktail Hour, my favorite cocktail book, for the background information on The Vesper.

So that’s very straightforward and VERY boozy.  If you’ve ever had a gin martini and thought “this could have more alcohol in it”, then you’ll probably be happy with the original Vesper. Read on for my take on this drink, the Big Splendor Vesper Martini.

Disclosure: I’m an affiliate for amazon.com, Azure Standard and other companies. Clicking on links in my articles and purchasing products may result in the seller offering me compensation. I only share products I use and enjoy. Affiliate relationships help me cover the cost of producing content for Hey Big Splendor. 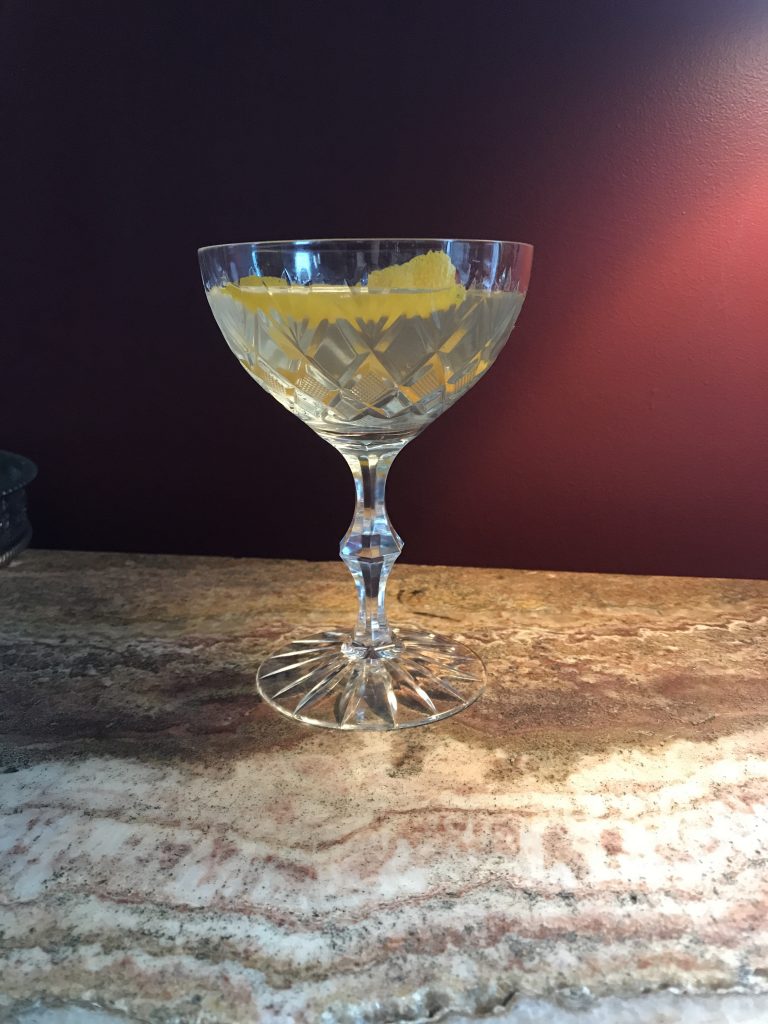 As much as I like a potent drink, I wanted a little more flavor and less potential for disaster and so I evolved a bit of a variation on the Vesper. It’s especially nice with aged cheeses and salty snacks like nuts or castelvetrano olives.

I normally don’t do a huge origin story on a recipe post because those are tedious. Bear with me this one time, please. I do think the origin story here explains the choice of ingredients and adds some useful cocktail information.

Not Actually a French Martini

My inspiration for this was an accident. It began when I ordered a “French Martini” at local bistro. It was described as a vodka martini, shaken, and topped with Lillet Blanc. It was great, very smooth and very clear and very, very strong. I liked it so much that I looked up the recipe when I got home and was surprised to discover that the “real” French Martini recipe had very little in common with the cocktail I had. (I’ve still never had a true French Martini. It includes pineapple juice).

Further research led to the conclusion that the “French Martini” I’d enjoyed so much was sort of a riff on a Vesper Martini, minus the gin. Yes, for those of you quick at math, that basically meant I enjoyed a glass of vodka with a whisper of Lillet Blanc.

By the way, if you’re not familiar with Lillet (it comes in Blanc and Rouge, as well as Rose’), it’s a light, floral, fruity fortified wine with a strong hint of orange. If you’re picturing something like Cointreau or Triple Sec, you’re off base – it’s closer to a dry vermouth that’s had a bit of orange peel expressed in it. It’s delightful.

Also Not Really a Vesper

The thing about the Vesper is that it’s mostly gin, not vodka. It’s also not usually made with Lillet Blanc. So you can see that it was really not much like my phantom French martini, at all, but I figured it was worth trying out.

*A NOTE: I say it’s not made with Lillet Blanc and that’s true -but it USED to be made with Kina Lillet, which is no longer available. The recommended replacement is Cocchi Americano , which is a fortified wine that has a bitter bite owing to the quinine it’s infused with.

I used Plymouth Gin because it’s my favorite gin, and subbed Lillet Blanc for the Cocchi Americano (I dislike quinine). And it was….fine. Strong, and very gin-ful. But the gin was VERY forward and the orange notes I’d enjoyed so much from the Lillet were drowned in juniper. While I wasn’t loving the proportions, I DID enjoy the flavors together, so I played around with ratios. This is what I eventually evolved:

.5 ounce of vodka (we usually have Kettle One, so that’s what I use)

Stir together in shaker with ice, strain into very cold cocktail glass. We’re stirring this because that effectively mixes, chills and dilutes the drink without watering it down too much. Shake it if you prefer, or if you want to be more Bondish, but I would encourage you to do a quick comparison between shaken and stirred and see if you don’t find the stirred version a little more compelling. Don’t skimp on the stirring, though. This is a spirit heavy drink, it NEEDS the dilution from the melted ice.

Once in the glass, express a bit of lemon peel AND a bit of orange peel over the drink, and then drop the peels in the glass.

So, what is this drink? It’s a plucky gin drink, but with lovely notes of floral orange from the Lillet. It’s a more mellow on the tongue than the traditional Vesper Martini Recipe, but just as stout, and not at all sweet. The citrus peels tie the whole thing together without overpowering. 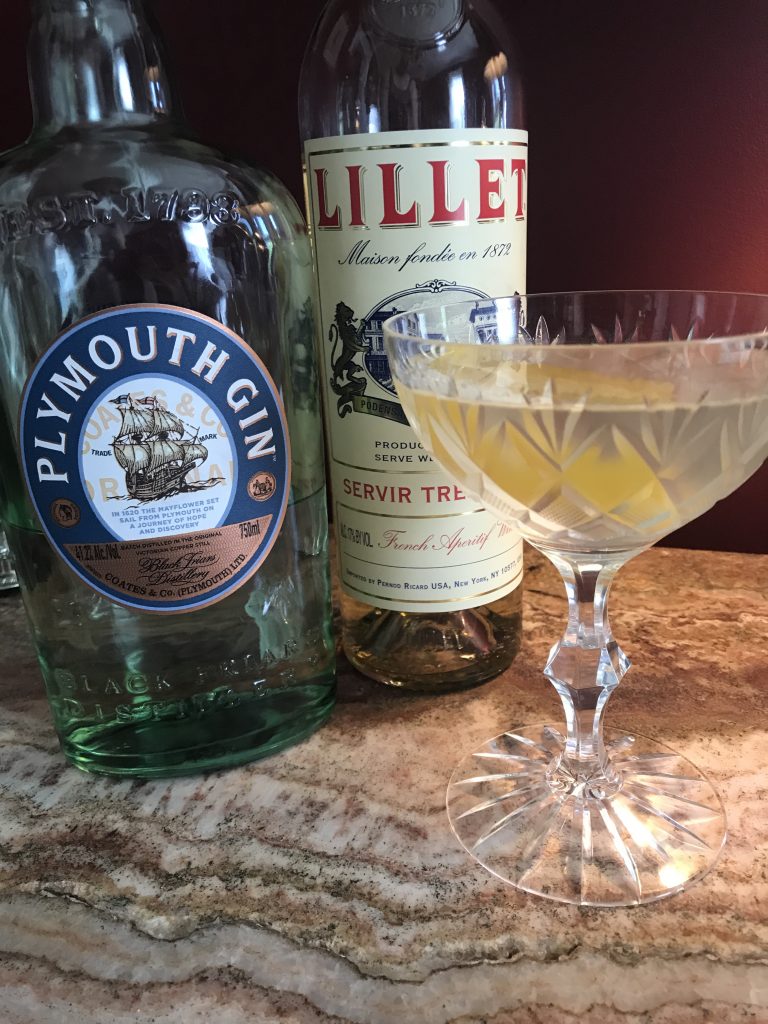