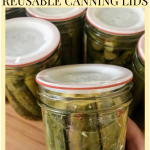 Can you reuse canning lids?

Reusable canning lids have been around for over 40 years, but they’ve kind of flown under the radar. 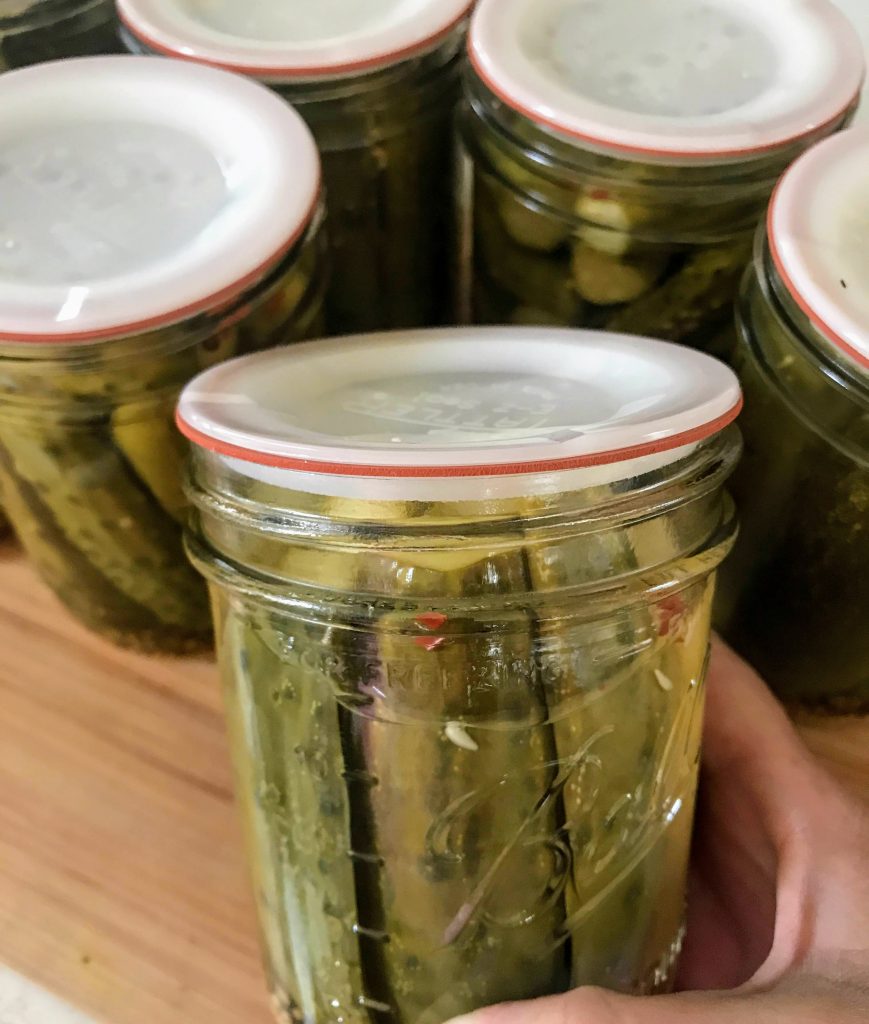 Here’s what you need to know about reusable canning lids.

Disclosure: I’m an affiliate for Lehman’s Hardware, Azure Standard and other companies. Clicking on links in my articles and purchasing products may result in the seller offering me compensation. I only share products I use and enjoy. Affiliate relationships help me cover the cost of producing content for Hey Big Splendor.

The first way is to save disposable, single-use lids, thoroughly wash and sanitize them and use them (with a standard band) to cover canning jars. You cannot, unfortunately, use them in the canner more than once. But they are still very useful for storing things in jars that don’t need to be water bath or pressure canned.

I specifically use spent canning lids for storing refrigerator pickles, herb butters and herb salts and dry goods like beans. Any time I need to store something in a closed canning jar, I use an old lid.

Learn more about using canning jars for long term food storage, as well as how much space they take up.

So reusing lids (albeit it NOT for canning) is one way to reuse canning lids. The second way is to buy canning lids that are made for multiple uses. I’m focusing on Tattler’s reusable canning lids because that’s the kind I use and have experience with.

Does buying one set of canning lids and using them for years sound too good to be true? It’s really not, these lids are the real deal. According to the packaging, Tattler’s white plastic lids are ‘infinitely reusable’ and the rubber sealing rings are good for years and years. 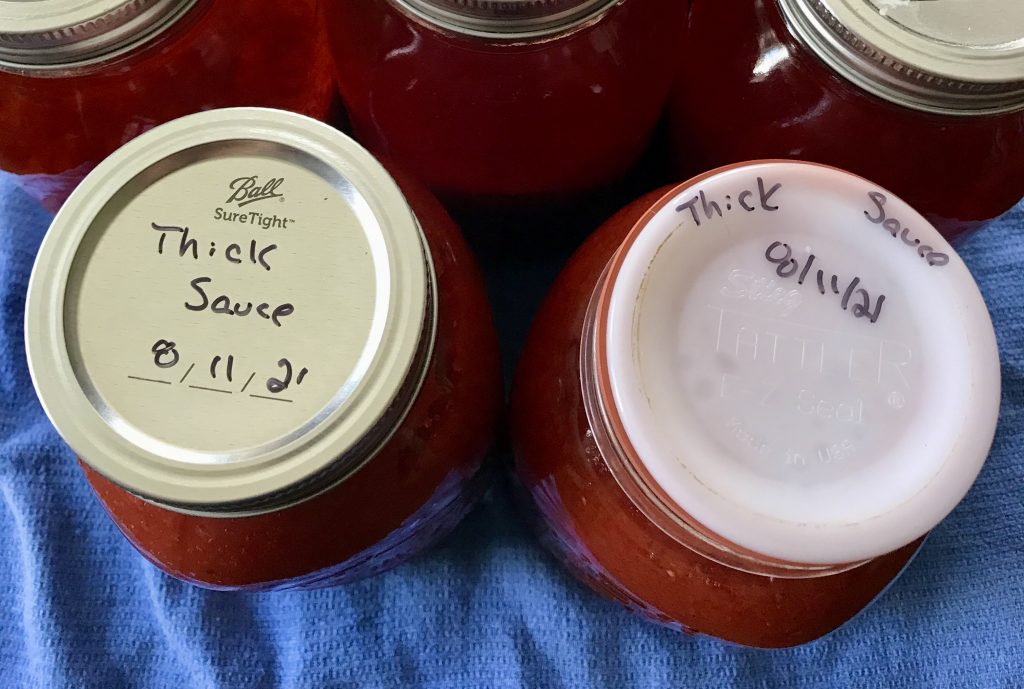 Now we’re getting down to the real questions. And the answer is yes, absolutely. My sealing rate for Tattler lids is consistent with my sealing rate for disposables. There’s no satisfying ‘ping’ as the jars seal but they certainly seal just as firmly. I was a little skeptical with my first batch but once I took the bands off, it was clear those jars were sealed tight.

Like disposable lids, store jars with Tattler lids without metal bands. Once the jars are cool, the white plastic lid stays put, just like a single use lid.

Speaking of canning….these are the best canning books and books about food preservation

The All New Ball Book is my favorite canning book. In addition to providing sound instruction, it has really interesting recipes and it offers guidance on how to use the food you’ve canned in other recipes.

If you only buy one canning book, that’s the one I recommend. Click on any of the books to order your own copy through Bookshop. Buying from Bookshop means I receive an affiliate credit (at no cost to you), which helps cover the costs of producing content. Bookshop robustly supports local, independent bookstores.

How to can with reusable canning lids

You place the rubber seal inside the white plastic lid, then place them on the hot jar. Place a standard metal jar band over the lid, then turn the band until it’s ‘finger tight’. From there, it goes into the canner and is processed the same way as a single use lid.

When the processing is done, however, you must remove the jars immediately and manually tighten the band. That’s the biggest difference between canning with single use and reusable canning lids.

I find the post-processing cinch easier to do when water bath canning but it’s not  hard with the pressure canner. Just wait for it to depressurize, carefully open the canner (follow the manufacturer’s directions at all times) and then remove the jars. Use a thick towel or oven mitt to hold the hot jar and tighten the band. Easy as can be once you do it a couple of times. My pressure canner takes 25 minutes, on average, to fully depressurize and I’ve still never had any issues with my Tattler lids not sealing. But if you can get to your jars to tighten the lids sooner, you should do so.

Here’s a couple of important differences between reusable canning lids and disposable canning lids. First, Tattler specifies that both the lid and rubber seal should be ‘scalded’ prior to use. While the advice used to be to boil disposable lids, that changed in 2014 and is no longer recommended by manufacturers. The second difference, per Tattler’s instructions, is that the band should only be ‘finger tight’ on the jar before going into the canner.

Tattler suggests making sure the band is ‘finger tight’ by turning the band on the jar until the jar starts to spin. In theory, the band on a Tattler lid shouldn’t be as snug (pre-canning) as a disposable lid.  Tattler lids needs to be slightly looser in order to release air during canning. In practice, I found very little difference in how tightly I turned the bands on jars with reusable lids vs. disposable lids.

There’s one BIG caution about getting Tattler lids on correctly, though. If they’re TOO loose, they will simply come off during canning. Often, disposable lids will form a vacuum seal from the hot jar contents even before they go in the canner, which keeps everything in place. I have not experienced this same vacuum seal with Tattler’s two piece lids, which makes sense.

Friends, an open jar makes about as big a mess in the canner as you’re imagining. I discovered I could use Tattler’s ‘band spinning’ method to put the bands on but that I needed to do a quick check before putting the jars into the canner. Do this by carefully and lightly lifting the band. If it pulls off the jar, it’s too loose. Tighten it just a bit more. As I noted above, I ultimately found I could get the jar band on correctly by simply turning it until it was secure but not fully sealed – just like disposable lids.

This is a really valid question. Let’s look at the numbers for buying and using reusable canning lids.

I paid about $.83 per regular mouth lid and rubber seal. Remember, one of the best ways to save money on canning supplies is to order early because prices are usually lower. But Lehman’s generally sells Tattler lids for around the same cost all year long. Disposable canning lids cost anywhere from $.30-$.60, or more if you’re trying to buy them in peak season.

On the surface, of course, the reusable lid is more expensive. But it will only take three uses for the reusable lid to more than pay for itself! If you plan to can food every year, buying reusable lids is going to save you money very quickly.

It’s clear that by your third year of canning, the reusable lids would have paid for themselves and by year 4, you’d be saving $62 per year. So while the reusable lids are a bigger expense up front, they’ll save you money long term.

While the plastic lids are ‘infinitely reusable’, the rubber seals might need to be replaced eventually. They are available for purchase separately and cost $.60 per ring. So eventually, you may incur some additional costs to replace seals. Assuming you get at least 6-8 uses out of the seals (which seems to be the lower end of their lifespan, per other bloggers), the reusable lids will still be more cost effective.

There’s one time reusable lids will definitely not save you money. If you give away or sell your canned food, you’ll likely have a harder time offsetting the increased cost. For those situations, disposable lids are the way to go.

Where to buy reusable canning lids?

I buy my Tattler canning lids from Lehman’s Hardware, one of my favorite stores. They stock top quality canning supplies, all made in the USA. Lehman’s also has tons of handmade and handcrafted items, including old-fashioned fermenting crocks and Lodge cast iron.

Shop for canning supplies at Lehman’s and use one of these clickable coupon codes to save on your order:

I’m proud to be an affiliate for Lehman’s because I believe in their business and love the products they sell. If you use the codes above or click on any links to Lehman’s products from my site, I may receive a small commission on your order. Those commissions don’t cost you anything but they do help me pay for creating content here on Hey Big Splendor, so thank you for using my links.

One more thing about reusable lids

This might be really obvious but…since they’re reusable, you don’t have to buy them again. If you’ve struggled to find canning lids during peak season (or you were canning in 2020) then you already know how frustrating it is to have food and jars but no lids. Investing in reusable lids means you’ll be able to can everything you want, no matter what happens with the supply chain.

And, of course, every time you use a reusable lid, you’re helping reduce waste in both manufacturing and trash/recycling.

A few tips and tricks for using reusable canning lids

When I initially wrote this post, it was with the intention of sharing my experience canning with reusable lids. While I did touch on the quality and the cost effectiveness of reusable lids, I wanted to wait to write an actual reusable canning lid review until I’d had a bit more experience with them. I’m adding that now.

Are reusable canning lids worth it?

In my opinion, yes. I have been very satisfied with them. I put up 5 dozen regular mouth and 2 dozen wide mouth jars using Tattler’s lids this year. I had no trouble adjusting to scalding the lids and fiddling with the seal and lid. My jars sealed beautifully. I’ve opened and used quite a few jars already and there was no difference in the quality of the food from single use lids.

I actually used a combo of single use and reusable lids in a few of the same batches, just to test the overall experience with the same exact recipe. There were no differences between the jars sealed with disposable lids and those sealed with reusable lids.

The Tattler lids clean up easily in the dishwasher. It’s not difficult to pop the seal to open the jar. A few lids did stains lightly from tomato sauce or turmeric but the staining mostly came off in the dishwasher.

I was very happy using the Tattler lids and I will not be going back to single use lids, except for jars I plan to give away. I highly recommend Tattler’s reusable lids and I’ll be happy to answer any questions anyone has about my experiences with them. Just drop you question or thoughts in the comments! 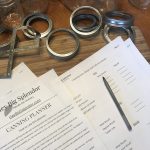 Grab your copy of my printable canning planner and have your best canning season yet!

Resources to help you can food safely, efficiently and economically 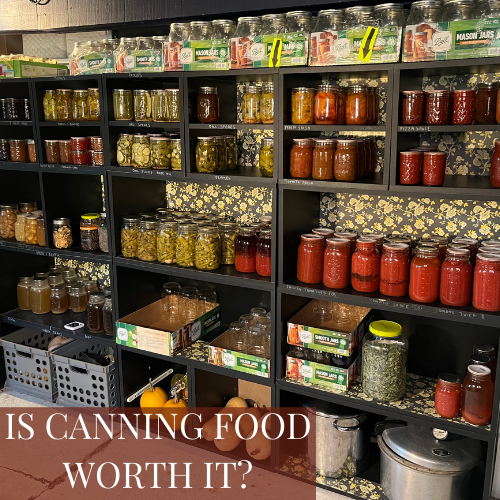 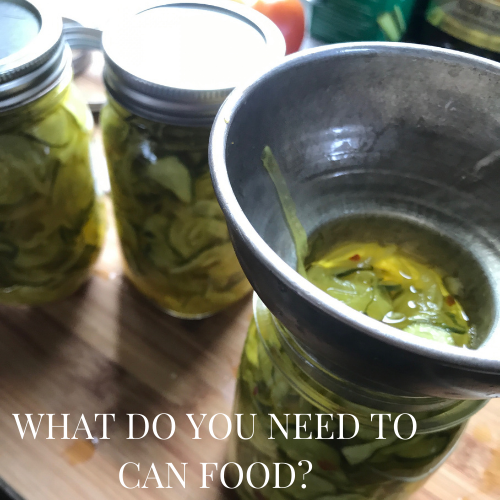 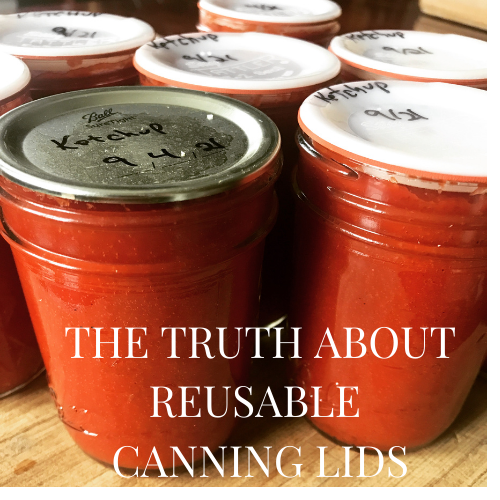 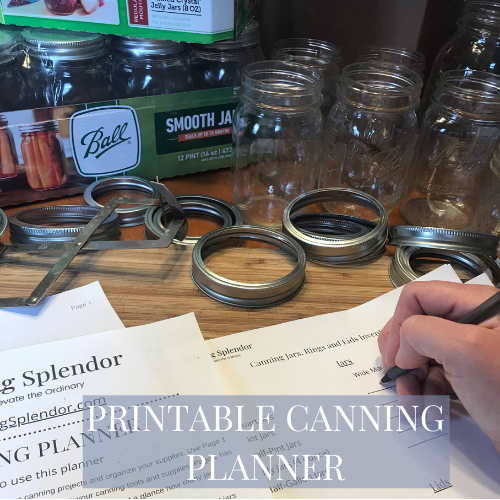 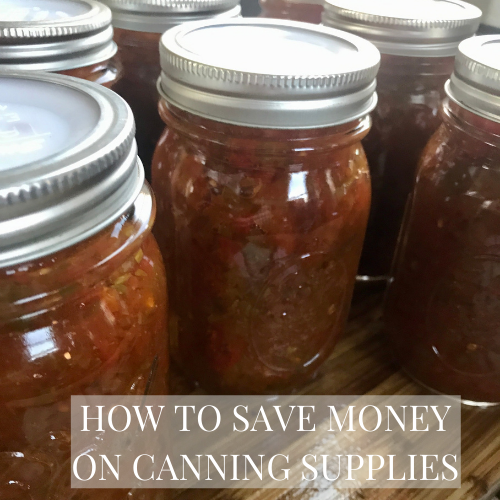 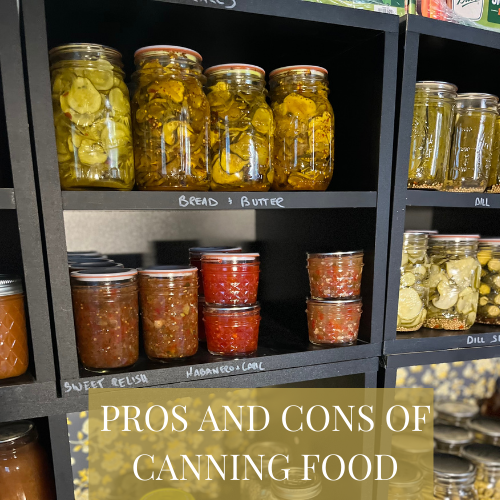