Things You Should Know Before You Get Chickens 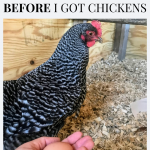 What important things should you know before you get chickens

Let me start off by saying I love my little flock and I’m so happy we have them. But despite doing a ton of research, reading a couple of books and talking to veteran chicken tenders, there have been some surprises along the way. Some of them have been funny, some have been a bit disturbing. If you’re thinking about getting backyard chickens, here’s what I wished I’d known before I got chickens. For those who’ve already have chickens, let me know what you’d add to this list! 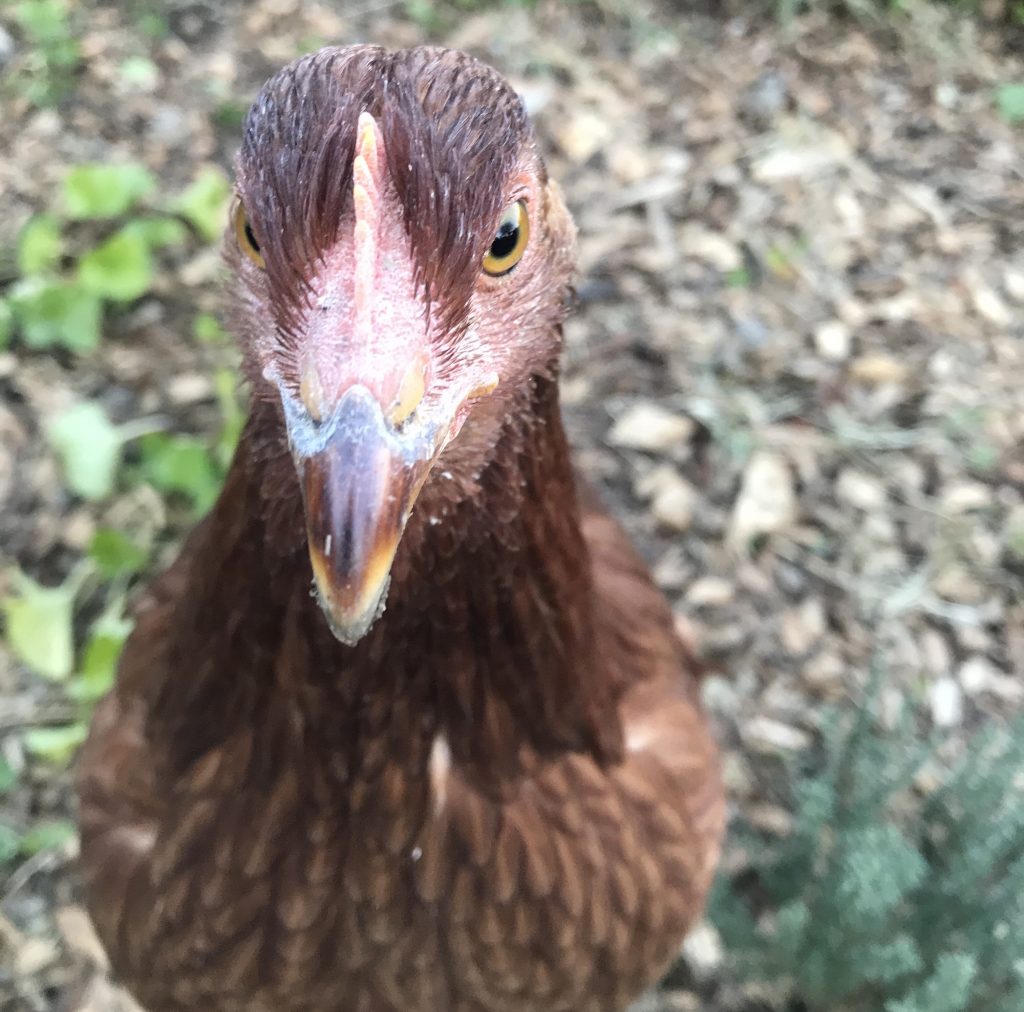 Chickens really like shiny things, including eyeballs and earrings.

Birds like shiny things, and are drawn to them, that’s pretty well-known. Most chicken guides, blogs and books mention this. They caution chicken keepers not to let screws, nails, staples or other random bit of metal or glass near their flock. What I wasn’t prepared for was my flock’s fondness for other shiny things like, say, eyeballs. My eyeball, specifically. I’m fine, there was no injury. But I cannot say it was a pleasant experience to be pecked directly in the eye by a pullet. And it happened faster than I would have thought possible. One second Bella was happily perched on my shoulder, of her own volition, and then next “wham”.

Earrings? They like those too, and other pieces of jewelry. Which is why I try never to wear any if I’m going to be close to the girls. But recently, I went to close the coop for the night and found Narcissa’s comb and beak covered in blood. I grabbed her up to check for an injury and as thanks for my concern, she yanked my earring out and swallowed it. Again, faster than I would have thought possible and without warning. Fortunately, the earring opened when she yanked and swallowing it didn’t seem to hurt her, though it didn’t do the earring any good. Incidentally, the blood turned out to be from a mouse she killed, not an injury.

Chickens are so fast.

Seriously, they move so, so quickly. In the blink of an eye they can snap something up, burst out of the coop or take off across the yard. I’d never been around chickens, so I had no idea they were capable of such speed. In all the cute videos I watched to prepare, the hens were just strolling placidly around, pecking here or scratching there. And they do that. But they can also move like the wind when they want to. And they are not shy about bolting through the coop door or leaping up to the top of a fence.  Or just running off at warp speed.

I don’t have a cautionary tale about this but it’s good to know. It was obvious from the second week the flock was here. They’d leap out of the brooder given the chance, far more quickly than I ever expected. Even full grown and much heavier, it’s still surprising how quickly they can move and how high they can jump. 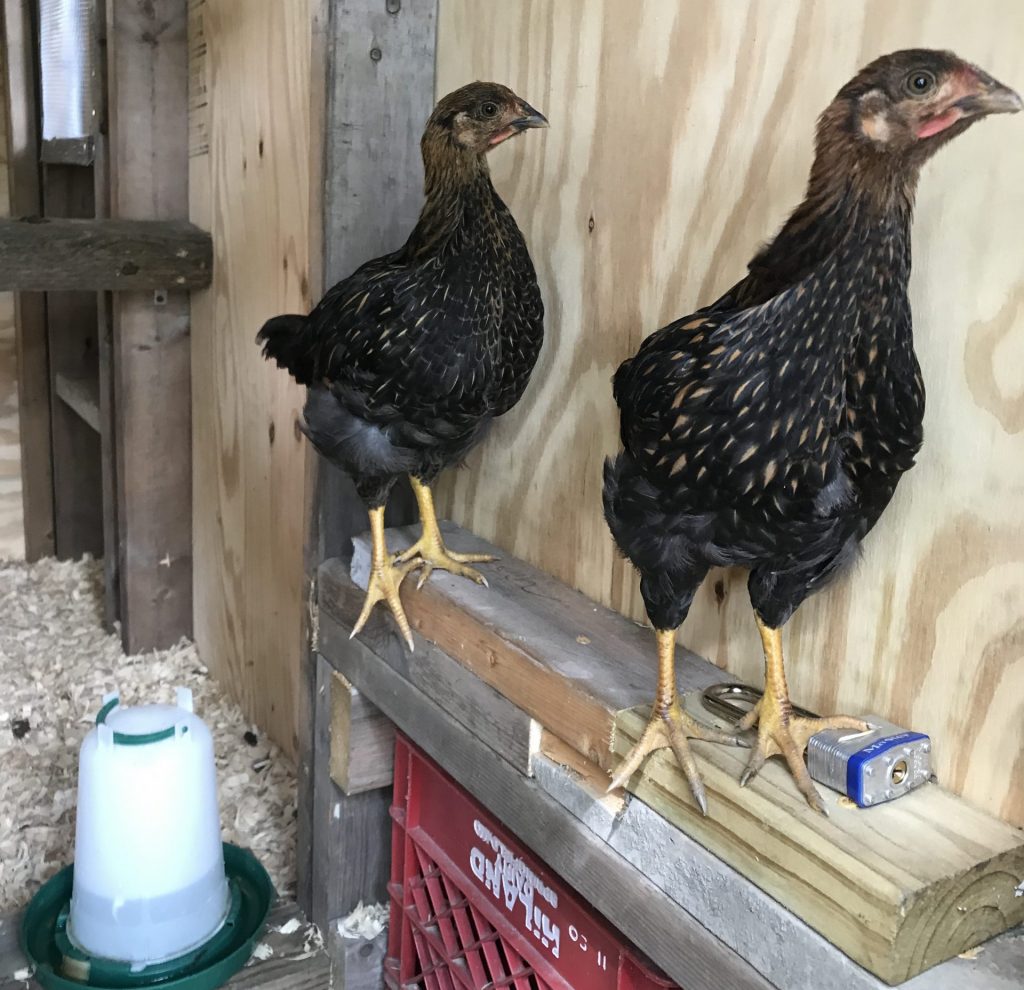 Chickens have no sense of self-preservation

That’s not completely true. If you’ve read this far, you’re likely aware I’m using a touch of dramatic overstatement.  Chickens instinctively take cover or flee if they are aware of a predator. They generally don’t eat foods that are toxic to them. Unless it’s very shiny, of course. They put themselves to bed in the coop, on a roost, to protect themselves. Chickens take dust baths to ward off mites and other vermin. But beyond that…

Before you get chickens, you should know that they WILL:

Eat dangerous non-food, leap to places they can’t safely get down from, run into things, and get stuck in weird places you never noticed in your yard before. The flock will relentlessly ruin their clean water by kicking debris in it, tipping it over, or pooping in it. They’ll kick their food everywhere or bury it in dirt or bedding. Out of nowhere, they will run right through the scratch you just scattered for them.

It’s essential to have feeders and waterers that YOUR flock can’t destroy or compromise too much. Be prepared to have to try a couple of products or arrangements until you figure out what will work with your flock. Many people hang their feed and water or raise it on platforms. Your flock will have individual personalities and quirky behaviors, so be prepared to adjust how they eat, drink, and frolic to accommodate that.

Make sure your coop, run and any area of your yard the flock visits is safe for them. Check for fences or other boundaries they might be able to jump over or dig under. Keep them away from water features because a wet chicken is very heavy and can drown.

Chicken coops can cost a fortune

Of all the things you should know before you get chickens, this may be the most important. This is another area where I thought I’d done my homework. I knew not to buy a cheap coop because it wouldn’t be predator proof and likely wouldn’t last very long. The flock needed something sturdy and well-built. I’d looked up the size requirements, and all the specs. It felt like I saw a million posts and articles assuring me it was a cinch to build a chicken coop on the cheap.

Reader, they lied. I’m joking, that’s neither fair or true. Many people ARE able to build coops cheaply using things they already have, or materials they acquire for free. We employed both of those strategies, fairly successfully. Friends donated some wood and we had a fair amount of wood from previous projects. Our 5’x6′ coop and enclosed 5’x8′ run still cost almost $1200 to build.

Little things add up when building a coop and run

I don’t say that to discourage you. But for every story you read about people who were able to build their coops using only free  and salvaged materials, there are others who end up spending far more than they expected. Little costs add up – the hardware for our coop was almost $200, for example. And when we had to buy wood, we had to pay for it to be delivered, which added another $100 (RIP my beloved old Ford truck).

Do your homework on what kind of coop and run you’re going to build and estimate the cost of every single bit of it. Wood, paint, shingles, hinges, screws – estimate it all. Take a realistic look at the materials you already have. Add at least 10% to the estimated cost and then decide if you’re comfortable with that expenditure. As much as I love our flock and having chickens, the truth is I wouldn’t have gotten hens (at least right now)  if I’d known the coop would cost twice what I estimated.

Yes, the same birds who will do the darnedest to swallow a rusty nail will also turn their nose up a organic wheat berries. Or lentils. Or garlic. They will pick every single bit of food they like out of the mix and leave the rest. My flock LOVES oats. Which is great, oats are a good source of fiber and energy. But they’re low in protein, which hens need. They pick the oats out of their food mix first and only grudgingly eat the high-protein wheat, lentils and peas. To get them to eat the whole mix, I have to ferment, cook or soak it. For this reason, many people simply feed their flock commercial feed.

Check out Feeding Backyard Chickens Homemade Food if you want to learn more.

While getting your flock to eat a healthy blend of foods might be challenging, they’ll hoover down just about any fruits or vegetables you care to give them. But even then, some chickens will like carrots and others will hate them. If one hen really likes a particular food, be prepared for her to try and gobble it all up, and even being territorial to the rest of the flock.

They will happily hunt and eat small animals, too, because they are predators.

Chickens are agents of chaos

Really. They are funny and charming and can be wonderful pets. But they are also driven by their own urges to run, roost, root and riot. They will bolt out of the coop when you’re not looking. Minding your own business, eating an apple on the deck? A free-ranging hen can and will snatch that apple right out of your hand. The flock will gang up and ravage a mouse, or a wild bird. In the blink of an eye, a few hens can utterly destroy a section of garden, eating leaves and fruit and digging entire plants up. In short, chickens do what they want, when they want, and they have no concept of consequences. This is definitely a thing you should know before you get chickens.

Chickens are a lot of fun, though

Don’t let that any of this deter you, though. Just plan for how and where you want the flock to free-range, if at all. Make sure their coop and run are big enough and keep them well-fed and watered. Spend time with them when you can, offering treats and scritches. And be prepared for the fact that some will be very friendly and personable and others will seem almost hostile. Like humans, they have distinct personalities and temperaments.

I highly recommend both of these books if you’re thinking about getting backyard chickens.